The Still Waiting project, characterized by works of a “wabi sabi” matrix, was born from the meeting between the director Alessandro Garilli and the graphic designer Roberto Solieri.
The Still Waiting works are the result of historical as well as aesthetic research and arise from the interpenetration between abstract photography and figurative painting. In them you can feel the strength of matter and color; at the same time, however, one is captivated by a feeling of interior recollection that favors a vision of “melancholy beauty”.

OZU collection
The “Ozu” collection marks the debut of the Still Waiting project, which leads the two artists to win the international competition “Malamegi Lab”. These early works also express a feature common to future works, namely a clear oriental fascination, here due both to the photographic details (taken by Solieri in Hong Kong) and to Garilli’s inks inspired by Japanese cinema of the first half of the 20th century ( in particular to the films of director Yasujirō Ozu).

YOKOHAMA collection
The subjects represented in this collection are inspired by photographs of the Yokohama school, founded in Japan in the second half of the nineteenth century. Each work in the collection therefore offers contemporary photographic details pervaded by scenes of Japanese life from over a century ago. This encounter between contemporary photography and faces and bodies of the Meiji era (1868 – 1912) gives rise to a temporal suspension that becomes an indelible mark in every Still Waiting creation.
The ink figures, presenting the main corpus in focus and some blurred outlines, recall the “three-dimensional” language of matter (which often seems to emerge, almost out of the photographic details). In addition, each work features the Still Waiting logo (hand-drawn and created specifically for the brand) which becomes the signature of the two artists. 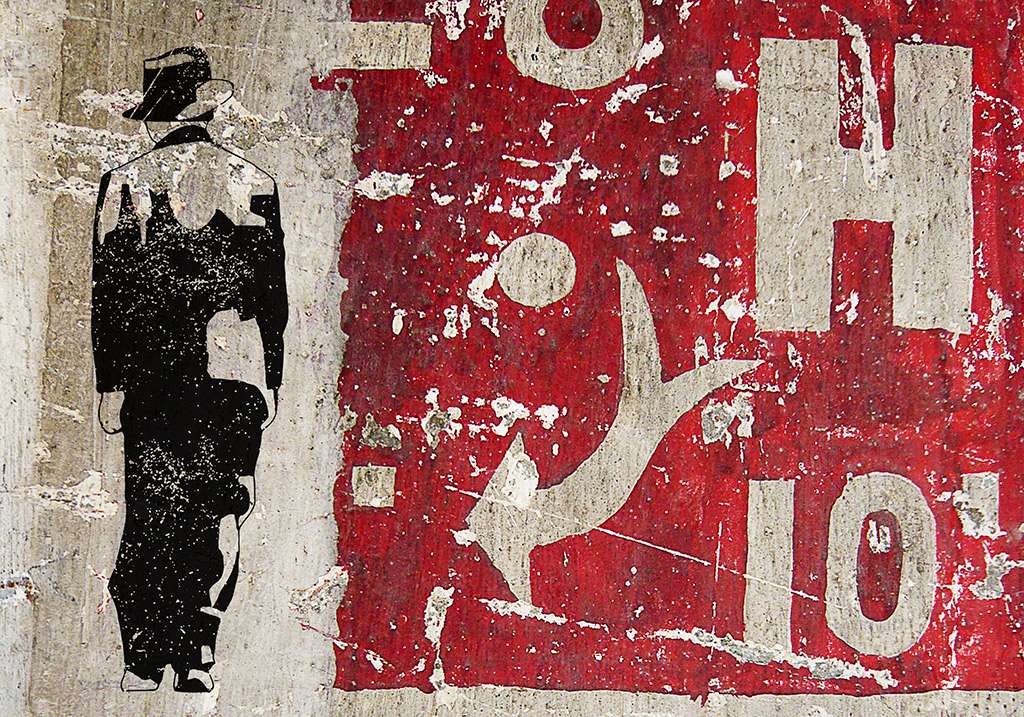 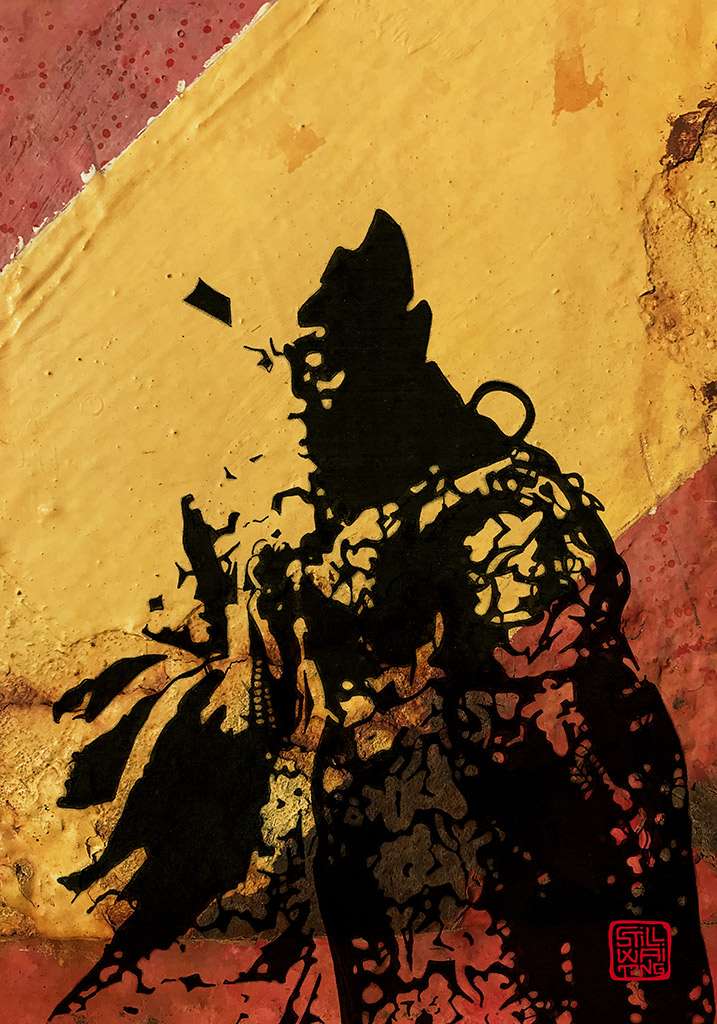 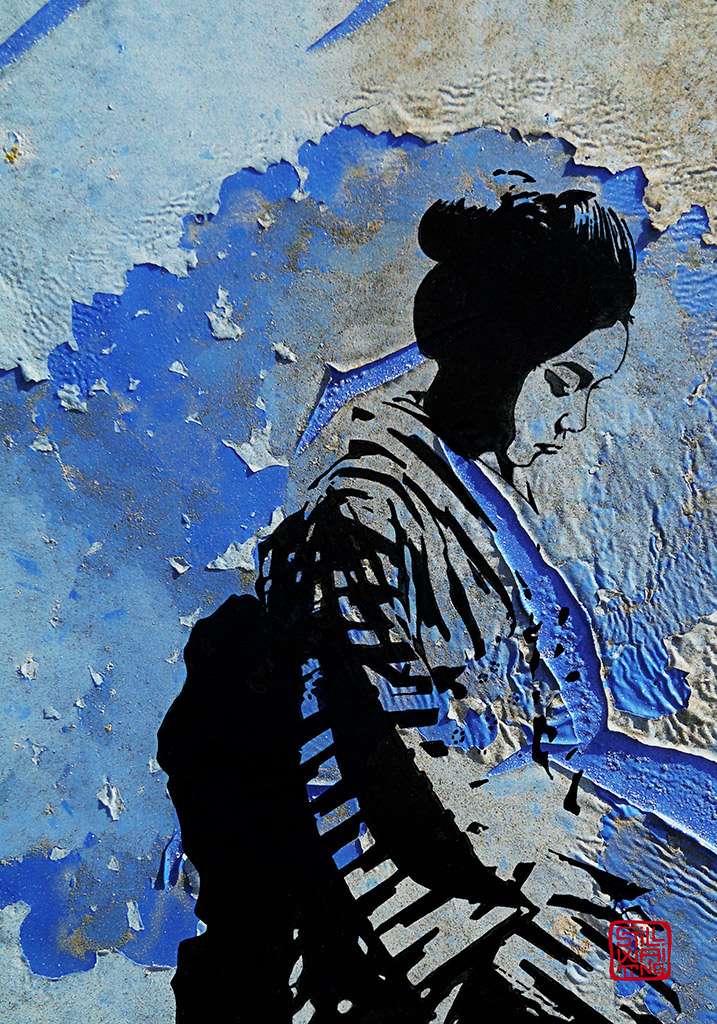 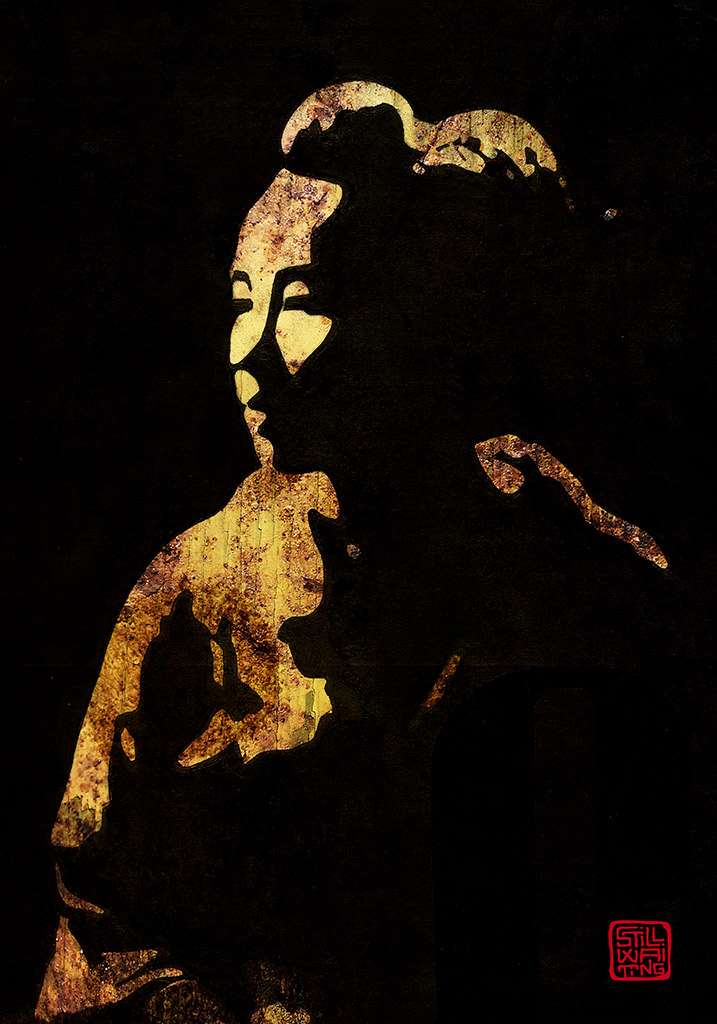 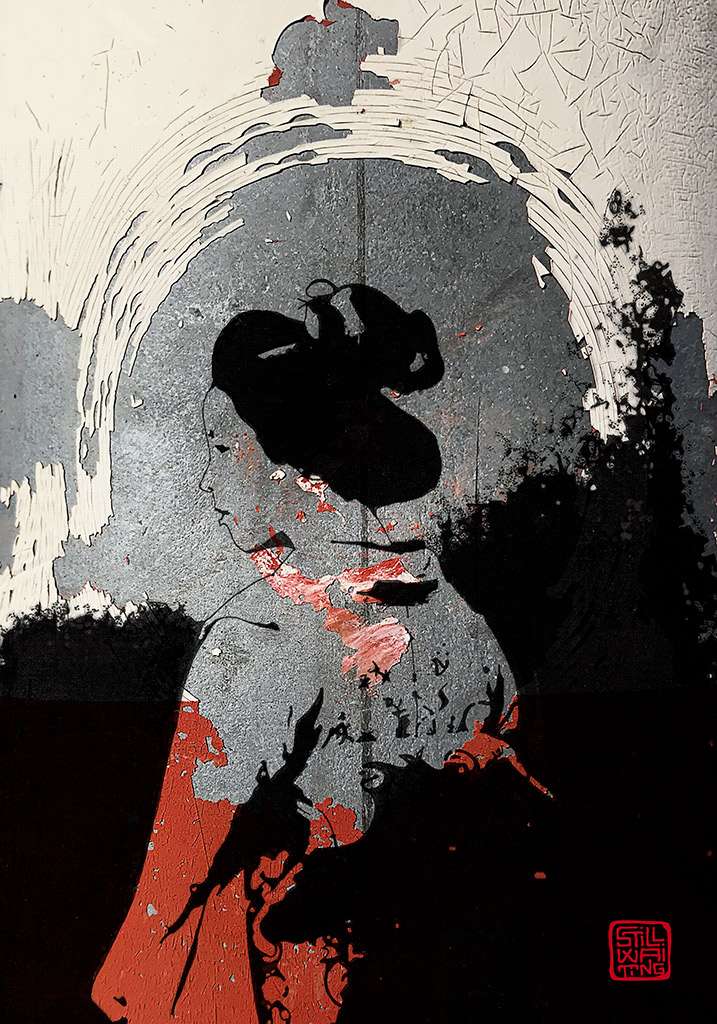 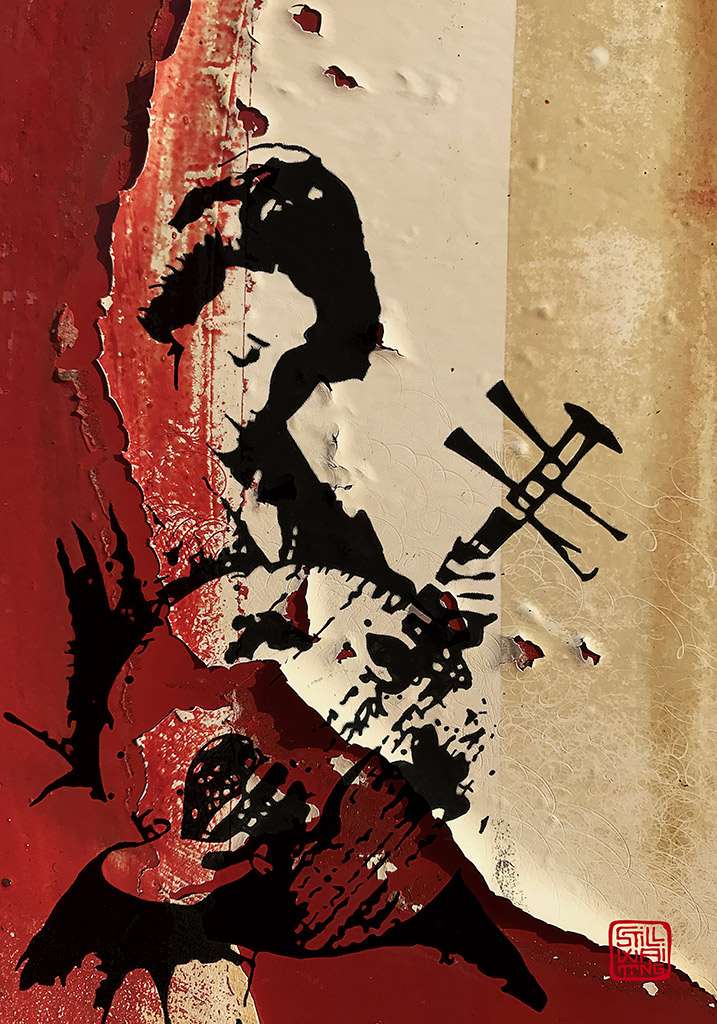 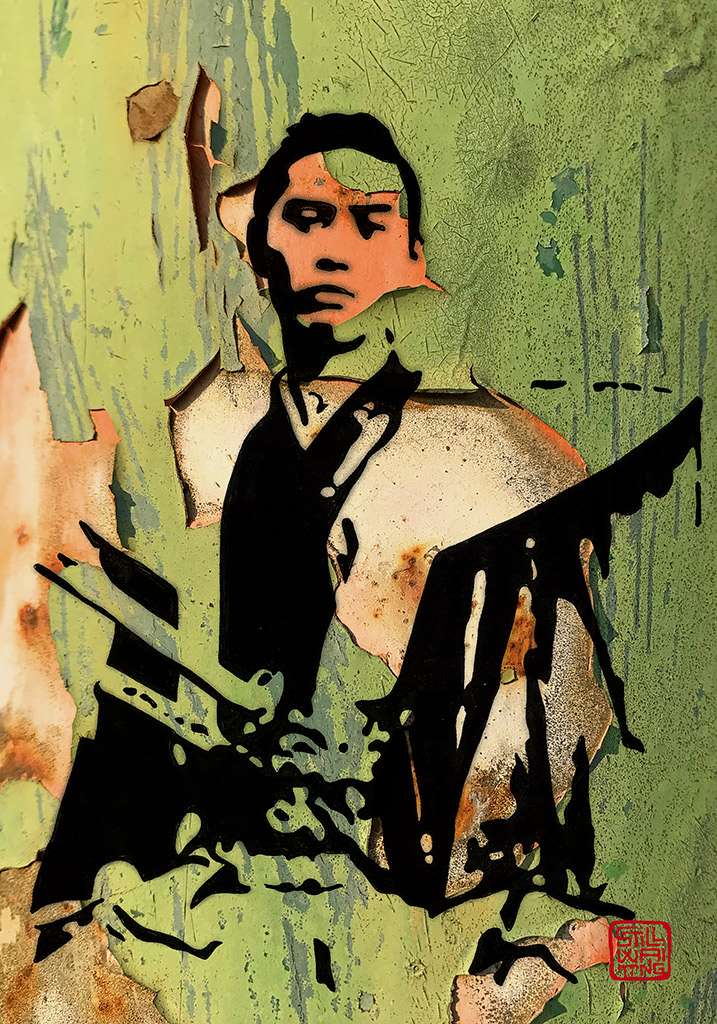